We Just Decided To

We Just Decided To

"We Just Decided To" is the first episode of Season 1 and the series premiere of HBO series The Newsroom.

The episode introduces acclaimed news anchor Will McAvoy. In the aftermath of a public tirade, he returns to his job to find that most of his staff are leaving and his new executive producer is his ex-girlfriend, MacKenzie McHale. When some breaking news about a potentially disastrous oil spill in the Gulf of Mexico hits the network, the staff faces a new challenge. The episode takes place between early April of 2010 and April 20, 2010.

Popular Atlantic Cable News (ACN) anchor Will McAvoy shocks the audience at a college debate when he honestly and profanely explains why America is not the greatest country in the world.

Recordings of the tirade spread across the internet and McAvoy's public profile is severely damaged. He takes a two week vacation to avoid publicity. His executive producer Don Keefer, his co-anchor and the majority of his staff eagerly take the opportunity to abandon his 20:00 News Night program for its 22:00 counterpart. ACN News Division Director Charlie Skinner is in the minority of people impressed by Will's candor. Skinner hires MacKenzie McHale as McAvoy's replacement Executive Producer.

She has a fractious past with McAvoy and Skinner notes that the last time that McAvoy was happy was when McHale was in his life. McAvoy is enraged at having the relationship forced upon him and renegotiates his contract to have the power to fire McHale, accepting a massive pay cut to obtain the privilege. She is undaunted by the precarious position and insists that she wants to restore the fourth estate to its glory days. He accepts her impassioned argument but claims to be unmoved.

The remnants of McAvoy's depleted staff include his assistant Margaret Jordan and the marginalized writer of his blog Neal Sampat. McAvoy cannot recalls Jordan's name despite several reminders and is astounded that he even has a blog. Jordan is in the midst of a half-hearted relationship with Keefer and he urges her to abandon McAvoy while simultaneously refusing to meet her parents. McHale brings her longterm Senior Producer Jim Harper with her to News Night. He is aghast at having been thrust into such an uncertain role but remains supportive of McHale. McHale rewards Jordan's loyalty by promoting her to Associate Producer.

Harper catches wind of the British Petroleum (BP) Deep Horizon oil rig explosion through an associated press alert. Keefer, reluctantly seeing out a two week handover period, is dismissive of its significance. Harper insists on the story's importance and Sampat backs his prediction that the depth of the drilling will lead to problems stemming the leak and a massive oil spillage. His instinct is reinforced by shocking revelations about the cause of the explosion from insiders in both BP and their subcontractor Halliburton. BP are unsure of how to stop the leak. Halliburton apparently ignored failed test results for the substance they used to block the oil flow when the rig was due to be re-purposed. McAvoy agrees to run with the story necessitating a last minute revamp of the new teams first show. Rapid investigative journalism by Jordan reveals a drastic manpower shortage in the Minerals Management Service (MMS). The broadcast features telling interviews with a Halliburton spokesman, a statement from BP and a probing interview with the junior MMS engineer who last inspected the facility.

The show is a rousing success and Skinner is thrilled at the results of his machinations. McAvoy and McHale continue to clash throughout the broadcast and their conflict spills into the corridor afterwards. McAvoy admits that his rant was prompted by seeing what he thought was McHale in the crowd just as he enters an elevator. The door closes before McHale can admit that she was there. She considers chasing him but thinks better of it.

Critical reaction to the episode has been mixed.[1][2] It has a score of 57 out of 100 based on 31 reviews on review aggregator Metacritic, indicating "mixed or average reviews".[3] Tim Goodman of The Hollywood Reporter writes that how viewers respond to the show "has everything to do with whether you like his style. Because ... Sorkin is always true to himself and doesn't try to cover his tendencies or be embarrassed by them."[4] Alessandra Stanley of The New York Times commented that "at its best ... The Newsroom has a wit, sophistication and manic energy.... But at its worst, the show chokes on its own sanctimony."[5] Maureen Ryan of The Huffington Post called the preview episodes "a dramatically inert, infuriating mess, one that wastes a fine cast to no demonstrable purpose, unless you consider giving Sorkin yet another platform in which to Set the People Straight is a worthwhile purpose."[6] Time James Poniewozik criticized the show for being "smug" and "intellectually self-serving," with "Aaron Sorkin writing one argument after another for himself to win."[7] Los Angeles Times critic Mary McNamara said the show's drama is "weighted too heavily toward sermonizing diatribes."[8]

Reviews by newscasters have been mixed as well. Jake Tapper of ABC News criticized Sorkin's partisanship: "they extol the Fourth Estate's democratic duty, but they believe that responsibility consists mostly of criticizing Republicans."[9] Dave Marash was not convinced that the show portrays the news industry accurately.[10] Former CBS Evening News anchor Dan Rather gave a favorable review, saying the show "has the potential to become a classic."[11] 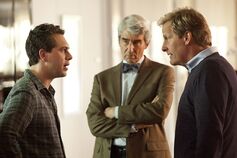 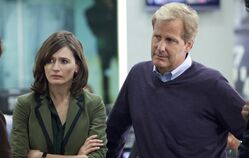 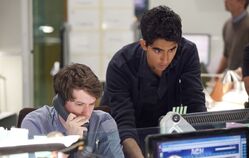 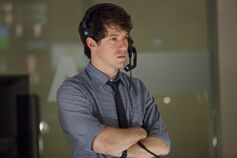 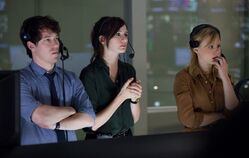 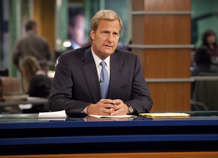