The Newsroom is an HBO series about the staff of a 24-hour news channel called ACN.

At Atlantis Cable News (ACN), anchorman Will McAvoy is forced to contend with a new team after the Head of the News Department Charlie Skinner orchestrated a scheme to allow Will to work together with the best Executive Producer in the industry, MacKenzie McHale, who also happens to be Will's ex-girlfriend and love of his life. Charlie offered his co-anchor, Elliott Hirsch a new news program at 10 o'clock. Elliott takes Will's Executive Producer, Don Keefer; Don takes most of the staff with him.

Together with his new team, which includes senior producer Jim, associate producers Tess, Maggie, and Kendra, writer of Will's blog Neal, and financial reporter Sloan, Will sets out to have a well-informed electorate by providing viewers with adequate information they need in order to decide for the best in the polling booth. They are on a patriotic and quixotic mission to do the news well in the face of corporate and commercial obstacles and their own personal relationships.

Entertainment Weekly reported in April 2009 that Sorkin, while still working on the screenplay for The Social Network, was contemplating a new TV drama about the behind-the-scenes events at a cable news program.[1] Sorkin was the series creator of Sports Night and Stdio 60 on the Sunset Strip, both shows depicting the off-camera happenings of fictional television programs.[2] Talks were reportedly ongoing between Sorkin and HBO since 2010.[3] In January 2011, Sorkin revealed the project on BBC News.[4]

To research the cable news world, Sorkin had been an off-camera guest at MSNBC's Countdown with Keith Olbermann in 2010 to observe the show's production and quizzed Parker Spitzer's staff when he was a guest on that show.[5] He also spent time shadowing Hardball with Chris Matthews as well as other programs on Fox News Channel and CNN.[6] Sorkin told TV Guide that he intended to take a less cynical view of the media: "They're going to be trying to do well in a context where it's very difficult to do well when there are commercial concerns and political concerns and corporate concerns." Sorkin decided that rather than have his characters react to fictional news events as on his earlier series, The Newsroom would be set in the recent past and track real-world stories largely as they unfolded, in order to give a greater sense of realism.[7]

In January 2011, HBO ordered a pilot with the working title More as This Story Develops. The Social Network's Scott Rudin signed on as executive producer.[6] Rudin's only previous television work was the 1996 spinoff series Clueless.[6] By June, Jeff Daniels, Emily Mortimer, Sam Waterston, Olivia Munn, and Dev Patel were cast, while Greg Mottola had signed on to direct the pilot.[8][9] The pilot script was later reportedly obtained by several news outlets.[10]

While the pilot was in development, the project was tentatively titled More as This Story Develops.[14] On November 29, 2011, HBO filed for a trademark on "The Newsroom" with the U.S. Patent and Trademark Office.[15] The new name immediately drew comparisons with the Ken Finkleman-created Canadian comedy series of the same name that aired on CBC and public television stations in the U.S.[15][16] The series' name was confirmed as The Newsroom in an HBO promo released on December 21, 2011, previewing its programs for 2012.[17]

Writing in Maclean's, Jaime Weinman said the choice of name was "a bit of a grimly amusing reminder that the U.S. TV industry doesn't take Canada very seriously ... 'The Newsroom' is often considered the greatest show Canada has ever produced, but a U.S. network feels no need to fear unflattering comparisons: assuming they've heard of the show, they probably think most people in the States have not heard of it."[18]

Jeff Daniels was cast in the lead role in March 2011.[19] Alison Pill and Olivia Munn reportedly entered negotiations to star in April 2011.[20] The fictional executive producer role was initially offered to Marisa Tomei, but negotiations fell through. Tomei was replaced by Emily Mortimer in May 2011.[21] Sam Waterston also joined the project in May.[22] John Gallagher, Jr., Thomas Sadoski, Josh Pence, and Dev Patel were added to the cast in June 2011.[23][24]

New York magazine reported that Sorkin had planned for MSNBC host Chris Matthews and Andrew Breitbart to appear in a roundtable debate scene in the pilot. However, the idea was shot down by MSNBC purportedly because the network was displeased with the corporate culture portrayal of cable news and skewering of left-leaning media in the show's script.[25]Jesse Eisenberg, who had worked with Sorkin on the film The Social Network, has an uncredited vocal cameo as Eric Neal.[26]

The Newsroom set is located in Sunset Gower Studios, Hollywood, California.[27] Production began in the fall of 2011.[28] The schedule called for each episode – comprising a dialogue-dense script – to be filmed in nine days, as opposed to six to seven days for broadcast network TV series.[28] 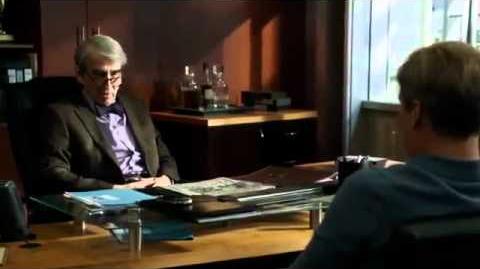 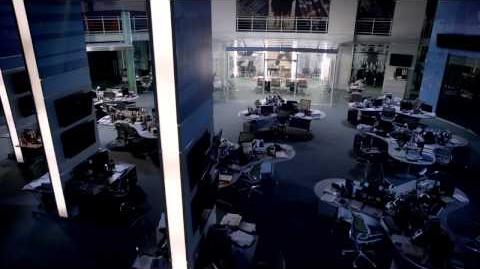