The Greater Fool is the 10th episode and finale of Season 1 on HBO series The Newsroom.

Brian's story proves to be a hatchet job driving Will to self medicate for depression, triggering a bleeding stomach ulcer. Sloan ponders a job offer. Neal's internet alias could avert calamity for Will. Everything is overshadowed by a showdown long in the making; Will, Mac and Charlie confront Leona and Reese during a volatile lunch meeting. TMI gossip columnist Nina Howard has information that can destroy Will's career and life by revealing that he was high during the bin Laden report. Takes place between Monday, August 1, 2011 and Monday, August 8, 2011.

Don: Why are you single?

Sloan: A lot of men are intimidated by my intelligence.

Sloan: Because you never asked me out. 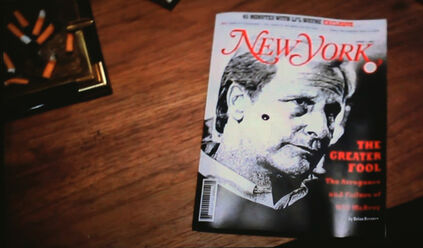 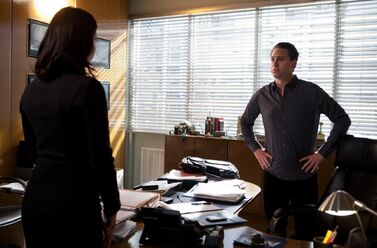 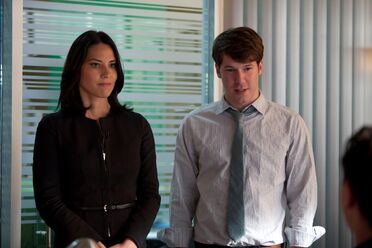 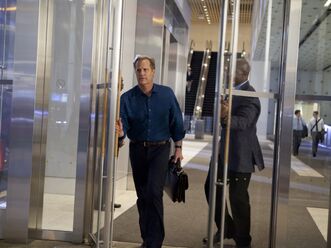 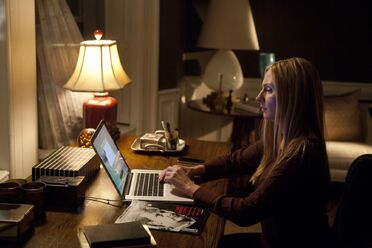