Sloan & Will on Election Night

"The 112th Congress" is the 3rd episode of Season 1 on HBO series The Newsroom.

Will McAvoy makes an on air apology for his failings as a newscaster and pledges to improve his work on the News Night program on Monday, April 26, 2010. The frank mission statement is well received by his staff, who begin to bond more with their once distant anchor. He receives an anonymous fax (which is later revealed to have been sent by Charlie) of polling data from Utah that shows increasing support for the Tea Party movement within the Republican Party and is perturbed by the fringe group co-opting the party. He focuses a portion of his coverage on the Tea Party and their views, funding and effect on the Republican Party with the blessing of Atlantic Cable News (ACN) Division Director Charlie Skinner. The incisive coverage culminates with a live broadcast in November 2010 on the day of the 112th Congressional elections where the Tea Party win many seats.

Sloan Sabbith acclimates well to her position as economics reporter for News Night. On election night she realizes that the surge of Tea Party candidates might affect voting on raising the national debt ceiling, a significant economic issue that is often misunderstood. However she is unable to engage winning candidates in meaningful discussion because of the noisy celebrations of their supporters.

Skinner draws the ire of company president Reese Lansing and his mother, company owner Leona Lansing for the News Night program's new direction. Leona is irked by her network alienating the rising political powers among the Tea Party because of their potential to influence her business. Reese has a ratings expert link the show's coverage to declining ratings. Charlie argues that it is their duty to expose shortcomings and prejudice among their leaders. Leona warns him that she will fire Will if the problems persist. Charlie shields the News Night team from the ire of the corporation.

Executive Producer MacKenzie McHale is key in ushering in the new era for the program but continues to clash with Will on a personal level. She is perturbed by him bringing a succession of dates to the studio. She brings her new boyfriend Wade Campbell to watch the election night coverage and Will meets him.

Associate Producer Maggie Jordan works hard to make up for her mistake in April and provides some interesting angles on existing stories. She draws attention to international coverage of a foiled bomb plot. News Night is one of the few American networks to report that the danger was first recognized by a Muslim street vendor who asked a colleague to contact the authorities because he was concerned but did not want his poor English to garble the message. However, she is increasingly troubled by anxiety and suffers panic attacks at work when her medication is stolen by her roommates boyfriend. Senior Producer Jim Harper uses his experience of anxiety among combat troops to calm her down. Maggie continues to have a fractious relationship with her boyfriend Don Keefer.

As a former Executive Producer of News Night Don is upset by the program's new direction as it paints his ratings driven follow-up in a bad light. Don's personal and professional frustration causes friction with his new anchor Elliot Hirsch. Hirsch tells him to either make up with Maggie or get over her, telling him that his attitude is putting his job at risk. Don opts to reconcile with Maggie.

Jim develops feelings for Maggie and his friend and colleague Neal Sampat urges him to pursue her. Jim does not reveal his feelings because of her relationship with Don. 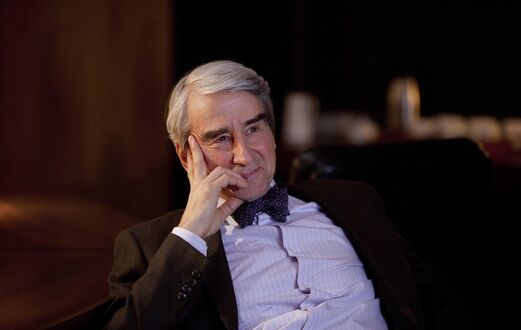 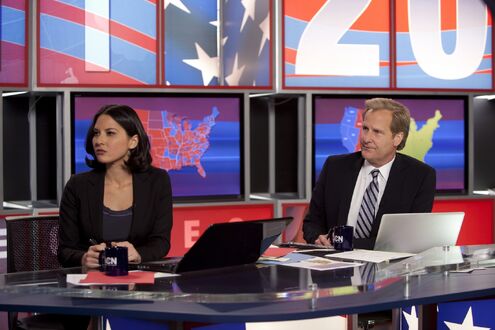