Bullies is the 6th episode of Season 1 on HBO series The Newsroom.

Will seeks therapy after struggling with a bout of insomnia. Sloan subs for Elliot during an interview with a Tokyo power-company spokesperson, but her interview methods end up putting her career at risk. Will sees the cause and effects of being a bully following his own rough handling of an interview subject.

Will struggles with a bout of insomnia and starts to make errors during broadcasts. Mac gently mocks him suggesting that he needs an eye test. He tells her that he is going to go back to therapy with Dr. Habib and she says that she is pleased for him.

Will is accompanied to his first session in several years by his new bodyguard, Lonny Church. Will is annoyed at having to be protected and banters with Lonny. When they arrive Will is surprised to learn that his therapist died two years earlier and that his son Jack Habib has taken over the practice. Will intends to quickly extract a prescription for sleeping medication and is frustrated when the younger Dr. Habib insists on taking a thorough history.

Will reveals that he conducted a disastrous interview with Sutton Wall, the homosexual former Deputy Chief of Staff to Senator Rick Santorum. He ended the show by reading out website comments lauding Will's attack on Wall. Will was chagrined and decided to introduce a registration policy for website comments to remove the safety of anonymity from commenters.

This was quickly followed by Will receiving a death threat from someone who had hacked into the site. Will says that the threat caused his insurance company to insist on Lonny guarding him and that it came just after he interviewed Phylis Greer about the building of a Muslim community centre at Ground Zero in New York. She, and the hacker, were vehemently against the idea.

Sloan Sabbith is given the opportunity to stand in for Elliot Hirsch on the 22:00 show and cover the Fukushima nuclear power plant disaster. In Sloan's pre-interview with the TEPCO spokesman, Daisuke Tanaka, he is frank about the likelihood of the disaster rating increasing, warranting evacuation. However, he spoke to her off the record because they are old friends. Sloan asks Will for advice before going on air and he harshly criticizes her for letting interviewees get away with lying on air. He tells her to ask follow-up questions and not let them off the hook. She was disappointed with Daisuke for sticking to the company line, and more so with his translator, who Sloan felt was misrepresenting her words. Despite warnings from Don Keefer, Sloan announces the information she had obtained off the record live on air. Charlie Skinner is furious with Sloan for crossing reporting boundaries and suspends her with pay. Will feels responsible for provoking her reckless act.

Dr. Habib gets into Will's feelings about bullying, covering his childhood with an abusive, alcoholic father. Will realizes that he feels as though he bullied Sloan and says that he does not like people being afraid of him.

Mac has Jim Harper and Maggie Jordan conduct "opposition research" about Will in advance of a sexual harassment complaint hearing. Maggie tells Jim that the complaint is about Will shouting at her for making a mistake, and that she does not feel it was sexual harassment. Their research uncovers very little, except that Will had a job offer to host a talk show for Fox just before he discovered Mac was cheating on him. Don notices Maggie and Jim working together again and asks Sloan if she thinks he is losing Maggie.

Mac confronts Will about the job, accusing him of already having one foot out the door before their relationship ended and he tells her that he was thinking of proposing to her at the time. He shows her an expensive engagement ring and she is mortified. Will admits to his therapist that he bought the ring when he found at the research was being undertaken.

As Sloan is packing up her office Kendra James finds a report that Tanaka is resigning in shame over the incident. Sloan is concerned for his honor, impressing Will and making him determined to help.

Dr. Habib asks about the interview with Sutton Wall before Will changed the comments policy. Will relays going after Wall aggressively over Senator Santorum's public anti-homosexuality. Wall supports the Senator's pro-life stance and insists that he would make a good president. Will forces the issue about Wall's homosexuality. Wall angrily counters that Will is trying to reduce him to one dimension - his sexuality. Will unabashedly asks if Santorum considers Wall fit to teach children and Wall is forced to admit that he does not. Will's bullying of his subject is tied to his treatment of Sloan in his mind because both are also teachers.

Charlie comes up for a way to Sloan to save the reputation of Tanaka; she has to lie on air and say that she made an error in translating what he said. She is dubious but Will tells her it is the best thing to do and she acquiesces. Will tells Dr. Habib that he regrets them having to lie on air. The therapist urges him to come back to see him again and gives him the prescription he wanted. Will remembers, but does not admit, that he kept the engagement ring despite telling Dr. Habib that he was going to return it. 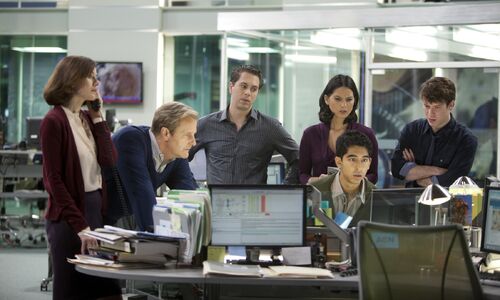 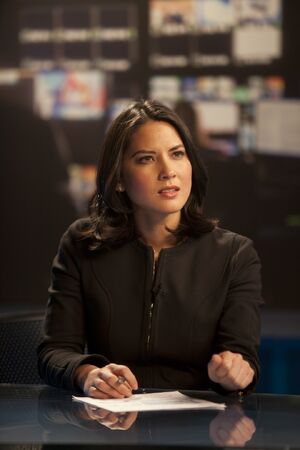 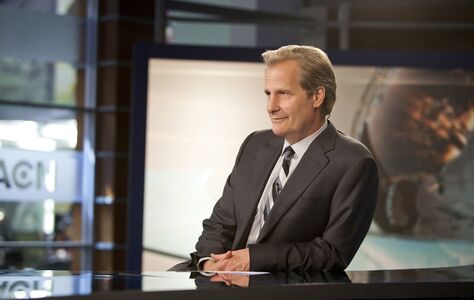 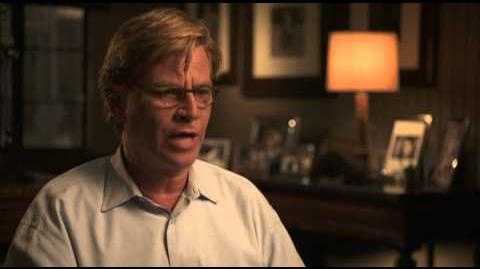